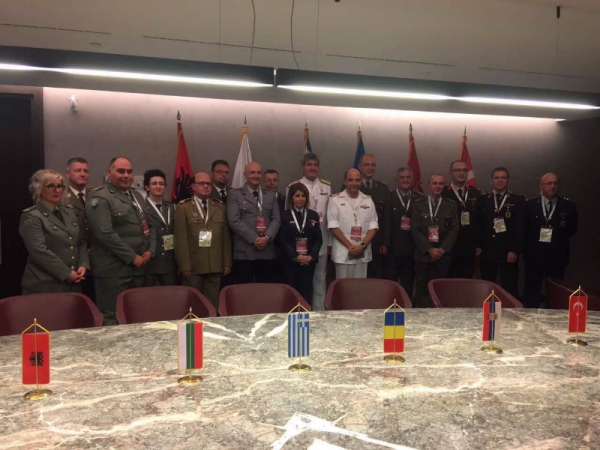 22nd BMMC Congress was held between 25th and 28th September 2017 in Belgrade, Serbia. The main topic of the Congress was “Balkan Military Medicine – Current Approaches”. Two hundred and six (206) participants from six member countries attended the Congress. A total number of two hundred and eighty-nine (289) scientific papers – one hundred and fifty-nine (159) oral, one hundred and thirty (130) poster presentations – were presented. Greece participated with 81 papers, of which 39 were oral and 42 poster presentations. The Greek delegates were 34 Officers and four students.

Serbian National Board hosted the 7th Annual Meeting of the Chiefs of Military Medical Services of BMMC countries. The main topic of the meeting was “Specialists’ Scientific Exchange Program αmong BMMC Members”. The Chiefs of delegations agreed upon benefits of creating a program for exchanging medical personnel and students among BMMC member countries. The 7th BMMC Student Meeting was held in the framework of the Congress on the 27th of September followed by Nurses’ Session. Both sessions were successful and attended by many delegates.

Four roundtables were organized during the scientific program, with the following topics: «Transplantation of solid organs and stem cells», «Up-to-date in treatment of acute and chronic wounds», «Military Medicine in Peacekeeping Operations – exchange of experiences» and «Modern Digital Technologies in Military Medicine».