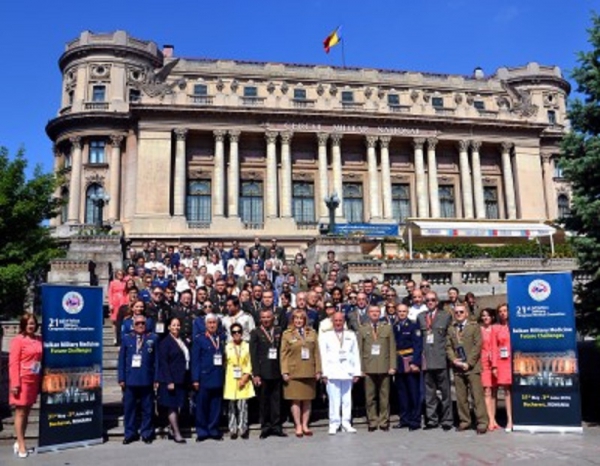 21st BMMC Congress was held in Bucharest, Romania from 31st May until 03th of June 2016. The main topic of the Congress was “Balkan Military Medicine – Future Challenges”. Three hundred and thirty eight (338) participants from five member countries of BMMC (Bulgaria, Greece, Romania, Serbia and Turkey) attended the Congress.

Romanian National Board hosted the 6th Annual Meeting of the Chiefs of Military Medical Services of BMMC countries. The main topic of the meeting was “Current Challenges of Military Medicine in our actual geostrategic context”. The 6th BMMC Student Meeting was held in the framework of the Congress on 1st June followed by Nurses’ Session. Both were considered very successful and attracted a large audience.