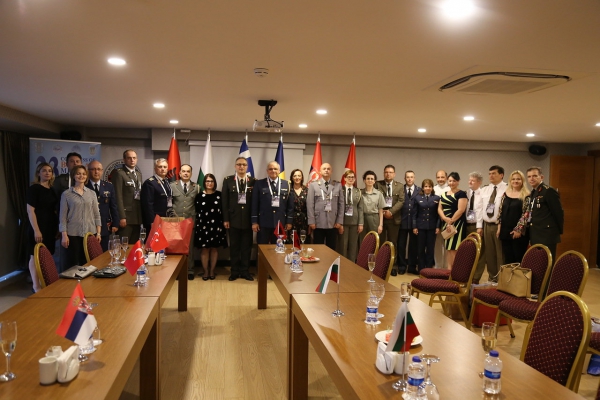 23rd BMMC Congress was held between 11th and 14th May 2018 in Antalya, Turkey. The main topic of the Congress was “Battlefield Medical Support”. Two hundred and twenty-six (226) participants from six member countries attended the Congress. A total number of three hundred and thirty-five (335) scientific papers – one hundred and seventy one (171) oral, one hundred and sixty four (164) poster presentations – were presented. The scientific level of the Congress was appreciated as very high. Greece participated with fifty eight (58) papers, of which twenty eight (28) were oral and thirty (30) poster presentations. The Greek delegates were twenty one (21) Officers and six (6) students.

Turkish National Board hosted the 8th Annual Meeting of the Chiefs of Military Medical Services of BMMC countries. The main topic of the meeting was “Current Status of Cooperation between Military and Civilian Health Institutions in the context of Military Health Services”. The Chiefs of delegations agreed upon bilateral benefits of military and civil cooperation as very important in each and among BMMC member countries.The 8th BMMC Student Meeting was held in the framework of the Congress on the 13th of May. It was considered very successful and attracted a big audience.

One representative from Azerbaijan Armed Forces has been invited by Turkish National Boardand participated in the 23rd BMMC Congress as an observer.