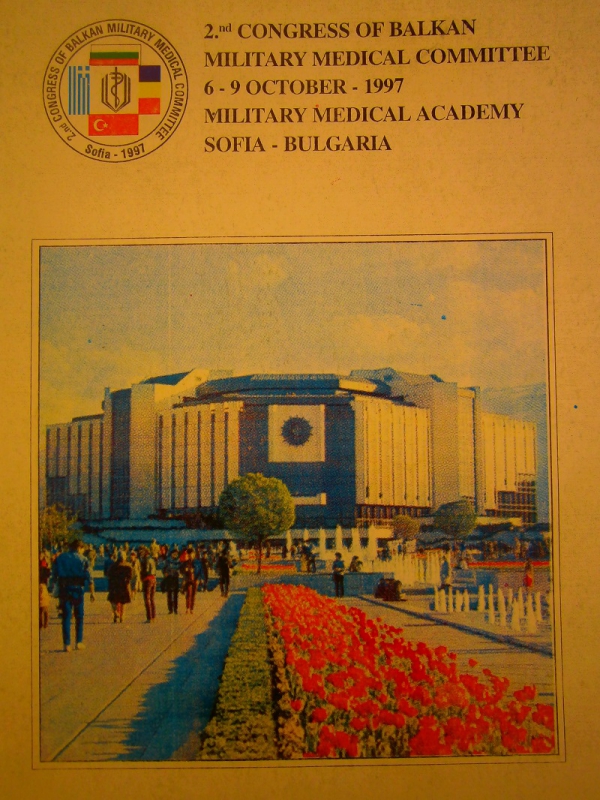 During the 5th BMMC meeting at 08 October, all BMMC National Boards decided about BMMC emblem: “It should have a circular form, where the outer circle contains the Committee’s name in full (Balkan Military Medical Committee), the acronym BMMC and the year 1995. The inner circle contains the National flags of the four member countries, where the exact colors and proportions of the national flags should be reproduced. The central circle contains a map of the Balkan countries where the whole territories of the four BMMC countries are colored in blue, while the rest of the Balkan countries are only outlined. The background of the map is pink. In a central position, there is the Hypocratic symbol representing a stick and a yellow snake”.
Details about BMMR were discussed (cover, format, status, publication, editorial and scientific board etc.) during 5th BMMC meeting and decision continued during the 2nd extra meeting of BMMC at 06 December 1997, that was held in Athens. It was decided that the publication of BMMR would be responsibility of Greek National Board for four years begging from 1998.