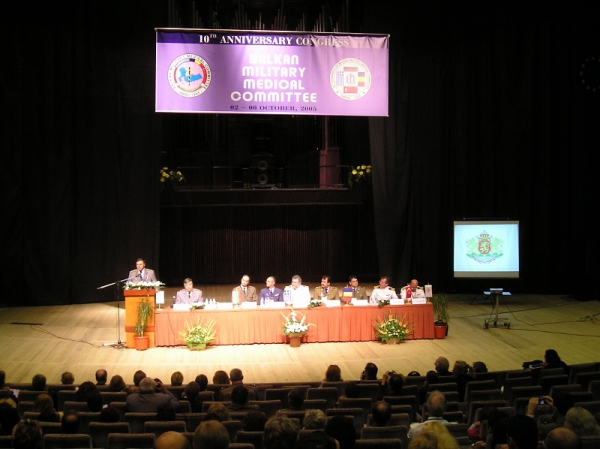 10th BMMC Congress was held in Varna, Bulgaria, from 02 to 06 October 2005. The congress was attended by one hundred and eighty (180) participants from the four member countries and five (5) military doctors as observers (two from Croatia, two from FYROM, one from Serbia). Four hundred and nine (409) scientific papers were presented. The panel topic of the congress was “Multinational Military Medical Support to Missions”.

During 17th Post Congress BMMC Meeting, the BMMC founder member countries accepted Serbia and Montenegro in March, 2006 as a candidate member country in the BMMC, according to article 6, paragraph d of the MoU, after Serbian’s request was presented, discussed and approved by the national representatives.

Also, the additional protocol of BMMR to MoU and the updated version of “Instructions to Authors” presented by Turkish National Board, was approved by BMMC.