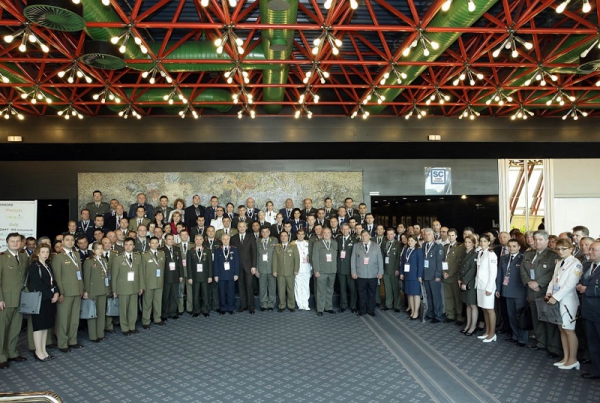 17th BMMC Congress was held in Belgrade, Serbia, between 29th of May and 1st of June 2012. The main topic of the congress was «Further Development of the Military Medical Cooperation of BMMC Members and Education of Experts in Military Medicine». Two hundred and senety three (273) participants from five member countries of BMMC (Bulgaria, Greece, Romania, Serbia and Turkey) and one observer from Montenegro attended the Congress. A total number of three hundred and thirty one (331) scientific papers, one hundred and thirty seven (137) oral and one hundred and ninety four (194) poster presentations were presented.

A plenary session with the topic “Atherosclerosis” was organized during the congress. .The 2nd Annual Meeting of the Chiefs of Military Medical Services and Academies of BMMC countries was held. The main topic of the meeting was “Further development of the military medical cooperation among members of the BMMC and education of medical personnel in military medicine”. The 2nd BMMC Student Meeting was held in the framework of the Congress with the participation of one medical student from Romania, two from Turkey, four from Serbia and one nursing school student from Greece. During that meeting a workshop named “Battlefield Life Support” was also organized by Serbian National Board.