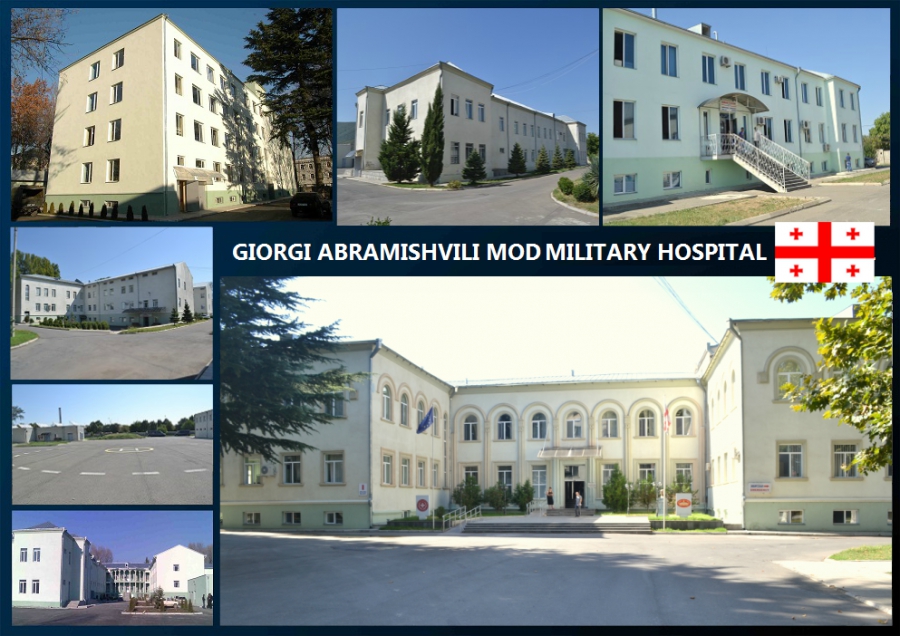 The main aim of the Military Hospital is to provide complex and effective medical care for military servicemen employed in the Armed Forces, civilians employed in the civilian part of the Ministry of Defence, their family members and military pensioners.

The formation of the Military Hospital began from 1993 and was officially opened in April 1996. The hospital was named after Major-General A. Ramishvili who passed away in a car accident in January 1996. Before that, Ramishvili was the director of the hospital.

From 1998 the medical personnel of the hospital were undergoing the qualification courses in foreign advanced medical institutions.
Under the supervision of Colonel Rezo Kharchilava group of doctors and nurses were sent in Iraq under the peacekeeping mission in 2004.

In 2004, qualified and specialized treatment was provided to the military servicemen who were wounded in conflict regions during the combat actions.
Since 2005, based on the decision of the Ministry of Defence the structure of the Military Hospital was reorganized and the entity was moved from Tbilisi to Gori.

In 2013, the hospital was named after Giorgi Abramishvili, who was deceased in the yard of the Military Hospital after bombings conducted by the Russian Forces during the 2008 Russia-Georgia War.