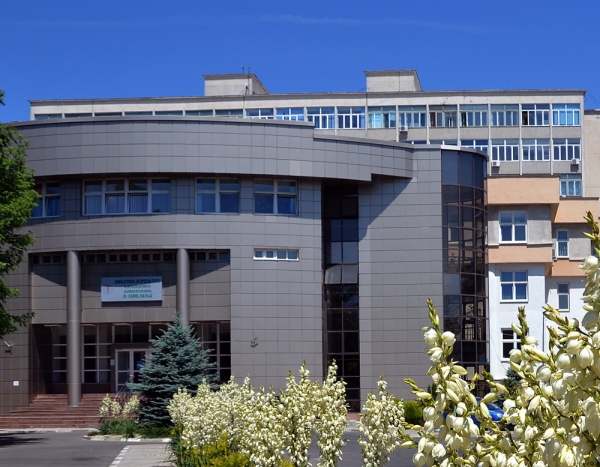 “Dr. Carol Davila” Central Military Emergency University Hospital is the only level I medico-military unit, according to the Order of the Ministry of Health and Order of the Romanian Government/National Committee of Hospital Accreditation no. 394/2012 regarding the approval of the list of accredited health units (published in the Official Gazette of Romania no. 2/January 3rd, 2013), with a high level of competence which provides regional health care to the population from its administrative-territorial division and from surrounding counties, owing to the logistic, human and technical infrastructure detained.

On August 21st, 1862, by Princiary Order, signed by Alexandru Ioan Cuza, the Medical Officer Corp of the Army and General Directorate of Romanian Health Service were funded, attesting the military medicine as a specialized element for providing health care to armed forces personnel. Before this certification, the foundation for building modern military medicine was set, the main historical landmarks being as follows: On September 13th, 1831 – a lazaret is created, based on the regulation of the Romanian Principate „militia”, structure that would later become the Central Military Hospital. Between 1831-1832, the Military Hospital will be settled initially at the Filantropia Hospital, then at Mărcuța Monastery and afterwards, at Beilic, the former palace of Turkish guests. Beginning with the autumn of 1834, the Military Hospital moved, for 25 years, at the Mihai Vodă Monastery.
1851 – at the request of the hospital commander, the first permanent on-call service was funded, in order to provide emergency health care.  1853: Prince Barbu Știrbei entrusts the management of the hospital to French origin Doctor Carol Davila. For 29 years, through dedication, organizational capacity, planning and valuation of opportunities, he elaborated the first modern regulation of the Hospital, structured to provide two organic functions: surgical and internal medicine health care. By means of his effort also, the material and logistic infrastructure are being built, equipping the medical facility for conditions of peace, but especially for war. Dr. Carol Davila laid the foundation for the National School of Medicine and Pharmacy, boosting the medical training and specialization process, based on study and scientific research. 1859-1889: the Military Hospital is located at Stirbei Vodă Street, proving its usefulness and intervention capabilities for the victims of the independence war in 1877-1878.
After 1946, the Military Hospital will undergo an ample plan of transformation and adaptation to socio-professional demands, continuously maintaining a high professional level, despite the vicissitudes of the times. In this setting, teaching and scientific activity, together with dialogue with other military hospitals in the country and abroad, were continued, as well as with civilian hospitals and clinics.
The 1977 devastating earthquake and the 1989 Revolution were decisive in validation of both the medico-military infrastructure capacity and the intervention speed, by taking in and providing medical care for a large number of severely ill-patients.

The flow of knowledge transfer and professional expertise, from teachers to students, made in the last 180 years of existence of romanian military medicine, allowed for an easy elaboration, on sets of performance indicators, of almost any kind of programmatic document, subsumed to this field of activity, especially in innovation, research; and development, whose primary objective is to provide an increase in quality of life.
In this regard we must mention, beyond the permanent interest in training specialized medico-military personnel, the research-development projects conducted in the last years, whose aim was to gradually increase the organization’s response in situations of crisis and disasters, with benefits for the national security system.

In this setting it is worth highlighting a few complex projects, with impact on a national level, conducted in the last years in the benefit of the Ministry of Defense and of other institutions in the field of national security, whose goal was to gradually increase the reaction capacity in situations of crisis and disasters, as follows: “Selfcompactor disctractor in war-surgery of open fractures”, „Future soldier – integrated action system in the setting of NATO-WOTAN interoperability”, „Monitoring procedures – prevention and treatment of immune stress in politrauma patient with main lesional component – lesion of limbs in times of catastrophe and war”, „Systems of mixed internal and external equipment for emergency and afterwards treatment of open fractures with bone defect in conditions of catastrophe and war”, „Diagnosis preventive research and reducing the effect of ionizing radiations on healthy tissues”, „Computerized systems for evidence of antimicrobial drugs resistance of bacteria with potential use in bioterrorism”.